The Taliban is Turning to the Technocrats 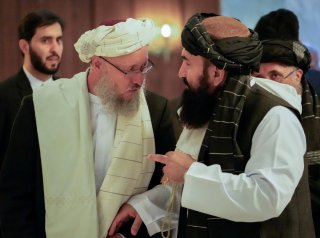 After twenty years of insurgency against the U.S.-backed Afghan government, the Taliban defeated it and recaptured Kabul in mid-August. In the first days of their rule over the country, Taliban officials claimed that they had ended Afghanistan’s forty-year conflict and would restore prosperity to the country.

In the two months since then, the Taliban appears to have learned how difficult this task will actually be. Although the country is rich in minerals, it has very little infrastructure to extract them. The country’s fragile health system is nearing collapse. Most of the money used by the former government to provide services came from international aid, which has since all but disappeared. Consequently, the Taliban’s interim government has been unable to pay for imports of food and electricity and has struggled to provide basic services to the population.

To stave off the worst consequences, Taliban leaders made a pragmatic choice: they requested that former officials within the previous government return to work.

Taliban officials reportedly requested that technocrats within the former government’s Finance Ministry and central bank return to work, acknowledging that they understood how to run the country and the group’s members did not.

“They told us, ‘We are not experts, you know what is better for the country, how we can survive under these challenges,” one anonymous state bank official told the Associated Press. The official noted, however, that the Taliban had warned him that he would face religious judgment for any immoral actions he carried out.

The technocrats will have their work cut out for them. The country’s foreign assets have been frozen to prevent them from falling into the hands of the Taliban. Domestically, the government can put together around $500 to $700 million, which is not enough to pay the salaries of government officials or provide public services in a country that formerly spent up to $11 billion per year.

Not everything the Taliban has done has been fruitless. Its outreach to businesses, urging them to remain open, has been a partial success, and its commitment to ending terrorism and the drug trade and seeking a role within the international community has preserved aid dollars and led the United Nations and some other international organizations to remain in the country. The group has also reportedly cracked down on corruption, a hallmark of the previous government’s activities.

In the immediate future, the priority of the remaining organs of state has been preventing a famine, which the United Nations predicted would occur in Afghanistan, by organizing emergency imports of food and other basic essentials such as cooking oil.