Can the Upgraded F-16 Take Out Drones and Cruise Missiles? 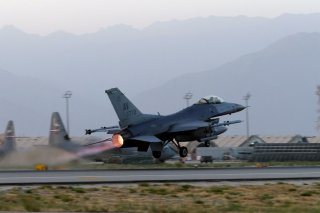 Here's What You Need To Remember:  There’s little question that the SABR radar significantly improves the F-16’s effectiveness as it moves towards the final third of service life in the mid-twenty-first century, and particularly improves its potential against cruise missiles and drones, two technologies formerly reserved to Cold War superpowers that are today proliferating rapidly across the globe and playing an ever-increasing role in wars small and large.