Costs vs. Capabilities: Is it Time to Retire These 5 Military Aircraft? 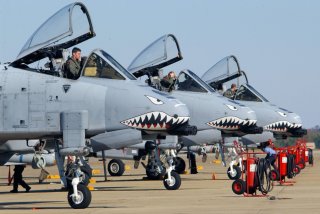 Here's What You Need to Remember: Does it leave a gap? A-10 proponents argue that it’s cost-efficient and optimal for supporting ground forces in sticky situations that require a pilot to fly ‘low and slow’ to pick out a target.  Opponents argue it isn’t survivable in a fight with China and Russia, and that most close air support missions today involve precision-guided weapons released at high altitude—something that a drone or tactical fighter can do just as well.

Sébastien Roblin holds a master’s degree in conflict resolution from Georgetown, University and served as a university instructor for the Peace Corps in China. He has also worked in education, editing, and refugee resettlement in France and the United States. He currently writes on security and military history for War Is Boring. This article first appeared last month.