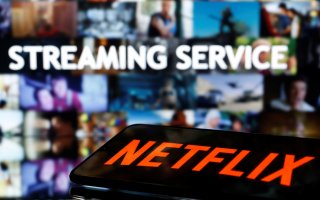 This year, with most movie studios sitting out during the fall, Netflix is offering quite a lot, in terms of new feature films, documentaries, and original series. But there’s one thing Netflix is no longer offering: Free trials.

A letter writer to Philip Swann’s TV Answer Man site appears to have been the first to notice that Netflix no longer offers a free trial option.

“Free trials are not available, but you can still sign up and take advantage of all Netflix has to offer,” Netflix’s help site currently states. “There are no contracts, no cancellation fees, and no commitments. You have the freedom to change your plan or cancel online at any time if you decide Netflix isn’t for you.”

“We’re looking at different marketing promotions in the U.S. to attract new members and give them a great Netflix experience,” the company informed Swann.

In the past, Netflix has offered free trials, usually for a week and sometimes for longer. As newer streaming services have begun to hit the market, they have often offered free trials in order to goose subscriber numbers and introduce themselves to customers. Quibi, the short-form service that has begun to acquire a reputation as something of a laughingstock, offered a free trial of the unusually long period of ninety days, although few subscribers reportedly stuck with the service.

The difference is that Netflix is much more established than its newer rivals, and is also much more of a known quantity.

Netflix remains the most popular streaming service, in terms of subscribers, time spent watching, and other metrics. However, there are some indications that its rivals are starting to catch up. According to Nielsen numbers released earlier this month, the “SVOD streaming share” of Netflix for the third quarter was 25 percent, followed by Amazon with 21 percent, Hulu with 15 percent, HBO Max with 9 percent and Disney+ with 6 percent. In the second quarter, Netflix had held 32 percent share.

Netflix will announce its third-quarter earnings on October 20. At the end of the second quarter, the service revealed that it added twenty-six million subscribers in the first half of the year, but cautioned that it expects less growth in the second half of the year. Observers are also expecting an answer as to whether the social media campaign against the controversial French film “Cuties” had any effect on Netflix’s bottom line. The company was even the subject of a criminal indictment in Texas last month over its distribution of the movie, although the indictment is not expected to go anywhere in court.

One analyst predicted last month that Netflix will move to raise prices in 2021.