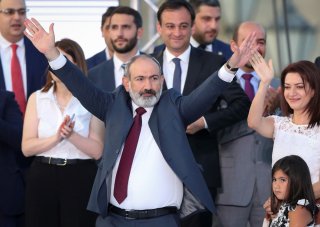 On June 18, the Iranian public went to the polls. The election was fraudulent and State Department Spokesman Ned Price acknowledged as much. Still, National Security Advisor Jake Sullivan got on Sunday television and, in the name of continuing diplomacy, essentially promoted a deal with a dictator.

In effect, Sullivan continues a pattern in which Democrats defend the Islamic Republic against those Iranians who would seek a return to parliamentary democracy. President Jimmy Carter catalyzed the Islamic Republic when he essentially pulled the carpet out from under the shah. His top aides embraced the notion, bizarrely, that Ayatollah Ruhollah Khomeini would be a liberalizing force. In 2009, President Barack Obama avoided giving Iranian protestors moral support for fear that he might antagonize the supreme leader to whom, unbeknownst at the time, he had already written letters asking for talks. When Iranian protestors took up the slogan, “Obama, you’re either with us or against us” (it rhymes in Persian), Obama chose Khamenei over the Iranian people. So, too, it seems is the case now with President Joe Biden and Sullivan.

If only Iran were the exception rather than the rule. While the Iranian elections have dominated the headlines, many other countries have gone to the polls in recent days. On June 21, Ethiopians went to the polls after a nine-month delay ordered unilaterally by Ethiopian Prime Minister Abiy Ahmed. When the Tigray province, home to one of Ethiopia’s most organized opposition parties, balked at the delay and went ahead with scheduled elections, Abiy sent in the troops, where they remain. While Abiy called the poll “historic,” Tigrayans could not vote in their home province due to continued strife there, and Abiy’s arrest of Oromo leaders led to a boycott in Ethiopia’s most populous state. Most opposition candidates remain in jail and civil society monitors have identified numerous irregularities. Birtukan Midekssa, the chair of the National Election Board of Ethiopia, praised the election but elided the truth. While she suggested American organizations like the International Republic Institute (IRI) and National Democratic Institute were monitoring elections, she omitted that they were doing so only virtually. (IRI may have had a single expert from Washington on the ground in a country of more than 100 million). The State Department said it was “gravely concerned” about the environment and manner in which Ethiopia’s elections would proceed. “The detention of opposition politicians, harassment of independent media, partisan activities by local and regional governments, and the many inter-ethnic and inter-communal conflicts across Ethiopia are obstacles to a free and fair electoral process and whether Ethiopians would perceive them as credible. The exclusion of large segments of the electorate from this contest due to security issues and internal displacement is particularly troubling,” Price said. As vote counting continues, the State Department’s concerns appear valid.

Price’s condemnations mean little, however. Indeed, while the Biden administration has sanctioned Ethiopia over its abuses in the Tigray region, ultimately restricting visas for the country’s political and military leadership means little. Neither Secretary of State Antony Blinken nor US Agency for International Development Administrator Samantha Power are putting the quarter-billion dollars in US aid to the country on the line. No one in the Biden administration appears willing to put their money where their mouth is.

Not all elections, however, have gone poorly. Armenia’s beleaguered Prime Minister Nikol Pashinyan called snap elections and won by a surprising margin. The Organization for Security and Cooperation in Europe observed the elections and deemed them free and fair. While Armenians may still be angry with Pashinyan’s conduct during the Nagorno-Karabakh War, the election results show that they are not ready to abandon their fragile democracy by returning power to the more autocratic old guard. While the State Department congratulated Armenians on the elections, its statement did little to show how or if Washington would reward Yerevan.

At least the State Department acknowledged Armenia. After spending billions of dollars to push Somalia toward elections, only to have Somalia’s President Mohamed Farmajo try to rule absent them, the northern Somaliland region successfully held one-man, one-vote elections at a fraction of the cost secured by biometric iris scans. The elections were not a mere cover for a dictatorship’s legitimacy as in Ethiopia but rather led to an opposition victory. While diplomats from numerous European and African states observed the elections in what has become the Horn of Africa’s only true democracy, the U.S. Embassy in Somalia sent no observers nor did it or the State Department offer any congratulations. Once again, Biden signaled that he cares even less for Africa than did Donald Trump, and Blinken showed his rhetoric about “shoring up democracy” to be empty.

Democracy promotion should not be difficult. The United States should favor democracies over dictatorships. Biden and Blinken have rewarded Azerbaijan, an increasingly Saddam-like dictatorship, by greenlighting military aid, but it is Armenia which far more deserves American largesse. With Armenians doubling down on democracy, Washington should deliver $100 million in aid. Armenia remains the only country in the world under a double blockade. Biden and Blinken must make assistance to both Turkey and Azerbaijan conditional on them both ending their blockade of their Christian neighbor and re-committing to Minsk Group diplomacy.

Likewise, with Somaliland proving its democratic mettle, a logical pro-democracy policy would see the State Department return to the two-track policy that outgoing Ambassador Donald Yamamoto unilaterally abrogated. Not only would this bring Washington into conformity with its European allies, but it would also prevent an unforced error as Blinken pursues a policy that ultimately could create a precedent to undermine U.S. relations with Taiwan.

There may be much to debate about democracy promotion but, both Democrats and Republicans should be able to agree that democracy is preferable to dictatorship. As such, at a very basic level, the United States should reward those that choose the former. There should never be an instance—be it with regard to Iran, China, Azerbaijan, Turkey, Ethiopia, or Somalia—where the United States treats dictatorships more generously than democracies. If Biden and Blinken care about democracy, the reaction of the White House and State Department to the examples of Iran, Ethiopia, Armenia, Somaliland, and Somalia show it is time to end the logical inconsistency at the center of Biden administration policies.