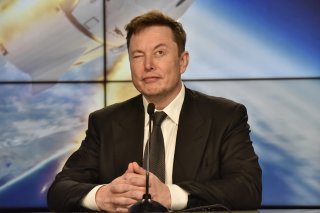 Türksat is both a state-owned company and the only communications satellite operator in Turkey. The Turkish government awarded SpaceX the contract to launch both the Türksat 5A and 5B satellites after Musk met with and lavished praise upon Erdoğan in a November 2017 meeting between the two billionaires. SpaceX has slated the 5B satellite launch for November 2021.

Musk should walk away from the contract. To believe that the Turkish government’s goal with its satellite network is to expand broadcasting or simply to improve communications is naïve. Both the Hellenic American Leadership Council and the Armenian National Committee of America have warned that the Türksat 5B has military implications. They are not “crying wolf.”

The Türksat satellites can enable Turkey’s burgeoning drone program to navigate farther with greater accuracy. Turkey (alongside Israel) provided unmanned aircraft and perhaps targeting information as well in support of Azerbaijan’s assault on Nagorno-Karabakh, a largely Armenian-populated region that has been the subject of dispute between the two for more than a century. The Azerbaijani surprise attack—timed to coincide with the one-hundredth anniversary of the Ottoman invasion of independent Armenia against the backdrop of the genocide—began with simultaneous drone bombardments. While Azerbaijanis, who benefit from caviar diplomacy, say that Nagorno-Karabakh belongs to them based on Josef Stalin’s 1920s-era gerrymandering of regional borders, the reality is that Azerbaijan had committed under the terms of the Organization for Security and Cooperation in Europe’s Minsk Group to negotiate an end to the dispute diplomatically. Indeed, Baku received American assistance under a Freedom Support Act Section 907 waiver based on the finding that it would not seek to use military force to pursue its diplomatic or territorial aims. Additionally, Azerbaijani strongman Ilham Aliyev increasingly sounds like Saddam Hussein due to his claims on the territory of neighboring states and acts like him given that he is holding prisoners of war indefinitely and attacking his neighbor’s territory. This makes it more likely that Türksat 5B will enable bloodshed and ethnic cleansing. Musk may want to ignore the fact that Aliyev has claimed the Armenian capital of Yerevan as his own, but there will be no cleansing of the blood on his hands if he and SpaceX enable Erdoğan and Aliyev to turn their words into action.

This is not simply an Armenian issue. Erdoğan has constructed a Turkish drone base in occupied northern Cyprus, which extends the range of Turkey’s drones. This puts Egypt, Lebanon, Israel, Greece and Libya within the flight range of the drones. Also, Americans and Europeans working in the Eastern Mediterranean gas industry will be within that flight range. The satellite SpaceX plans to launch in November will allow Turkey to overcome the challenges of crossing over blue water or navigating poor weather. It also increases the likelihood that Erdoğan might deploy such technology. This is more than supposition. After all, Erdoğan has already gone through the trouble of constructing what the Turkish government calls the Geçitkale Air Base, which is more commonly known as Lefkoniko Airport.

Erdoğan may have charmed Musk in the same way he once charmed George W. Bush, Barack Obama, and Donald Trump; or perhaps Musk simply looks at the launch as a good business opportunity for SpaceX. Still, there is no escaping the fact that to launch the Türksat 5B is to potentially be as complicit in bloodshed and repression as those companies who enable Communist China’s ongoing genocide against the Uighurs.

Musk may not care, but the White House and Congress should care given the American components incorporated into the satellites and President Joe Biden’s rhetoric of human rights. Perhaps it is time for the Biden administration—and Republicans—to join and tell SpaceX to scrap its business with Türksat or risk its more lucrative contracts with the U.S. government.