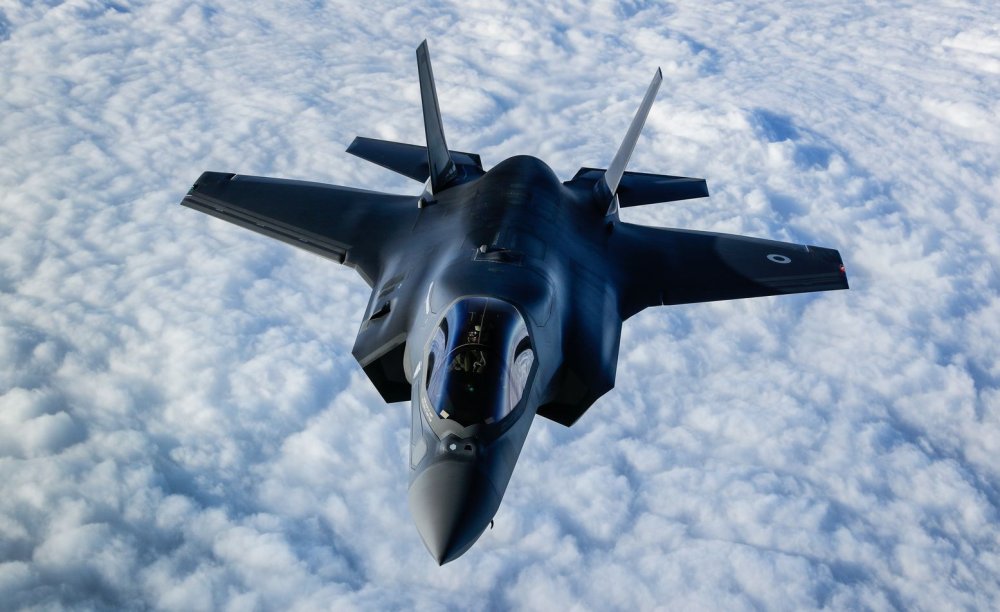 Key point: The F-35B will turn even small ships with a flattop into carriers.

Naval aviation has from the beginning been a challenging and expensive endeavor. Until recently, fewer and fewer countries found they had the resources to operate even a single aircraft carrier capable of operating fixed-wing aircraft.

After disastrous deployment to Syria, Russia’s only carrier, Admiral Kuzntesov, is indefinitely out of service after the only floating drydock that could accommodate her sank in 2018.

But carriers may be on the verge of a global comeback. China’s ambitious aircraft carrier program is already well documented—but Beijing’s northeastern neighbors are set to deploy three new aircraft carriers between them. The United Kingdom will soon have two carriers of its own, as will Italy.

There’s a common factor behind these developments, and that is the F-35B stealth jet.

Matching the Plane to the Carrier

Until recently, the most capable modern carrier-based fighters like the Super Hornet, and Rafale-M required long flight deck with steam or electromagnetic catapults to send the heavily-laden warplanes hurtling into the sky. But besides the United States’ eleven supercarriers, the only other catapult-equipped carrier is France’s Charles de Gaulle, though China and India may join the club in the next decade.

On the other end are smaller amphibious assault ship designed to deploy helicopters and vertical-takeoff and landing (VTOL) jump jets: namely the Harrier and the now long-retired Soviet Yak-38 Forger. Despite their valuable flexibility, these were simply much slower and less capable than their non-jump jet peers and suffered high accident rates.

While the F-35A design incorporates performance tradeoffs compared to its land-based predecessors, the F-35B is a leap ahead in virtually every metric compared to the Harrier. That, in turn, makes smaller amphibious assault ships that can carry F-35Bs much more appealing to medium-sized navies.

Yes, the B model’s lift fans add to cost ($110 million versus $89 million) and weight, compared to the F-35A, resulting in 25 percent shorter combat range (500 miles), and a maximum G-force limit of seven instead of nine Gs.

In 2019, reports also emerged that F-35Bs flew erratically while executing tight maneuvers, experienced problems sustaining use of its afterburners and may have issues maintaining thrust while performing vertical landings in high-temperature environments. F-35 program officials insisted these flaws have cropped rarely and/or have since been corrected.

Nonetheless, the F-35B brings all the other key performance parameters to the table. Supersonic speed (Mach 1.6), ability to operate at high angles of attack, long-range air-to-air and precision-guided missiles, and the powerful sensors and electronic warfare systems that can be networked with friendly forces.

Most importantly, the F-35B’s low radar cross-section means it can penetrate airspace guarded by air defense missile on day one of a conflict, and get the jump on enemy fighters that otherwise have an advantage in speed and agility.

These qualities make one or two squadrons of F-35Bs on a carrier far more useful and survivable than the same number of Harriers.

Heading the pack are the Royal Navy’s Fleet Air Arm and the Royal Air Force, set to receive 48 F-35Bs between them. These will operate from the huge 65,000-ton carriers Queen Elizabeth and Prince of Wales (the latter due to be commissioned in 2020). Distinguished by their relatively thrifty price tag and two bulky island superstructures, these carriers feature small crews and heavily automated weapons but are lacking in self-defense armaments for their size.

In 2018 Japan announced it would return to aircraft carrier operations for the first time since World War II by converting its 27,000-ton “helicopter destroyers” Izumo and Kaga to operate up to ten F-35Bs each. The Japanese Maritime Self Defense Force plans to order forty-two F-35Bs. The Izumos are having their decks reinforced, and should be operational with F-35Bs by 2023.

Most curiously, South Korea—a country which has never operated carriers before, and seemingly should be preoccupied with short-range security concerns—is also planning to build a new 30,000-ton Landing Pad Helicopter-II. According to Defense News the ship may measure 250 meters long, have ski-jump ramp and capacity for sixteen F-35Bs as well as 3,000 troops and armored vehicles. Seoul two 15,000-ton Dokdo-class amphibious assault ships already in service would likely require excessively modifications to carry F-35Bs.

A fifth country, Turkey, had every intention of acquiring carrier-based F-35Bs until that high-level policy choices torpedoed that endeavor. Turkey is due later in 2019 to receive from Spain its first aircraft carrier Anadolu, modeled off the Spanish Juan Carlos-class carrier, with the capacity to carry twelve F-35Bs. But due to Ankara’s decision to double down on purchasing S-400 anti-aircraft missiles from Russia, Turkey was kicked out of the F-35 program in 2019. This leaves Turkey with a billion-dollar carrier without the jet it was made to carry.

This naturally leads to the question of Spain’s 28,660-ton Juan Carlos I. Spain’s thirteen Harrier IIs will need to be replaced by 2030. The Armada Española would like to operate F-35Bs, and also has no other option to choose from. However, funding for such a buy is tight and Spain is also investing in Europe’s Future Combat Air System sixth-generation stealth fighter.

The Australian Navy, meanwhile, has two 30,000-ton Canberra-class Landing Helicopter Docks based on the Juan Carlos, down to retaining curved ski-jump ramp. Japan’s decision to convert its Izumos into light carriers has reignited the debate over whether Australia should convert the ships to support F-35Bs, thus reviving carrier aviation capability dormant since Canberra sold its last, reputedly cursed, carrier Melbourne for scrapping to China in the 1980s. So far, Canberra insists it will not do so.

One should not forget the largest-scale operator of amphibious assault ships: the United States, which deploys Marine Corps Harriers and F-35Bs onto its eight older Wasp-class Landing Helicopter Docks, and its newer 45,000-ton America-class Landing Helicopter Assault (LHA) ships. While these vessels often deploy with just six jump jets aboard, they can be maxed out to twenty F-35Bs—turning them effectively into light aircraft carriers.

Dedicating amphibious carriers to operate F-35Bs has its downsides. The intense heat from the Lightning’s lift fans can damage carrier decks. And adapting amphibious assault ships to carry them means trading off space that can be used to support helicopter operations and carry amphibious troops and vehicles.

At the same time, light/amphibious carriers can’t sustain the high sortie rates per plane compared to large aircraft carriers and are less well-protected versus enemy attacks. That means they are less efficient for sustained, high-intensity combat operations.

But only a handful of countries can afford to operate larger carriers, but many still desire the means to project force abroad, and contribute to expeditionary, coalition operations alongside their allies. Arguably, even the U.S. might arguably benefit by deploying a few light carriers in place of its big supercarrier bruisers to spread its forces more efficiently across its global missions.

A key factor in any such trend is that F-35B model makes doing so possible without the steep performance tradeoffs of earlier vertical-lift jets.

Sébastien Roblin holds a master’s degree in conflict resolution from Georgetown University and served as a university instructor for the Peace Corps in China. He has also worked in education, editing and refugee resettlement in France and the United States. He currently writes on security and military history for War Is Boring. This first appeared in August 2019.