Powerful or Paper Tigers?: Just How Dangerous Are Russia and China's A2/AD Weapons? 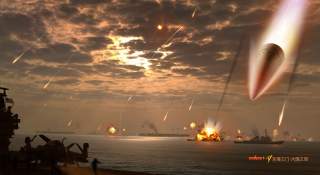