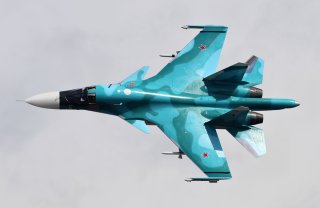 Russian and Belarusian fighter jets conducted their first joint air patrol of 2022, according to a Russian state news summary of a Belarusian Defense Ministry press release.

"The Belarusian and Russian pilots flying Su-30SM multirole fighters conducted their first joint air patrol of the Union State’s borders this year. The pilots spent 120 minutes in the air, covering a distance of over 1,150 km during their patrol," reported Russian state-sponsored news agency TASS.

The joint flights speak to steadily deepening defense ties between Moscow and Minsk. In September 2021, Russian and Belarusian forces conducted their largest military exercise in the Western district to date— Zapad (Russian for “West”) 2021. Spread out across fourteen practice ranges in Russia and Belarus, the drills partly practiced a regional war with a notional NATO coalition trying to affect regime change in Belarus. Zapad is the latest in a rotating cycle of four annual Russian military exercises, with the other three being Kavkaz (“caucasus”), Tsentr (“center”) 2019, and Vostok (“east”). Amid the standoff between Belarus and the European Union in November over the ongoing migrant crisis on the Polish-Belarusian border, Russia and Belarus staged joint paratrooper drills at the Gozhsky training ground near Polish and Lithuanian borders.

Waves of Western economic and diplomatic sanctions in the wake of a contested 2020 presidential election have left embattled Belarusian President Alexander Lukashenko increasingly dependent on the Kremlin. Lukashenko revealed last year that Minsk is in an advanced stage of negotiations to purchase Russia’s S-400 “Triumf” missile defense system, adding that Minsk seeks to buy the system at internal prices normally reserved for Russia’s own Armed Forces. Lukashenko suggested in early December that several Triumf regiments are already in Belarus, though it remains unclear if Minsk is legally the owner of these purported systems.

“We've set up a center and are training personnel. Russia has supplied S-400 systems to this center. We need one for studies. Training is already in progress,” Lukashenko said in an interview with Russian TV anchor Dmitry Kiselyov.

“So, does Belarus have S-400 systems now?” Kiselyov asked.

“Yes. We train our guys in this training center,” Lukashenko said. “I'd like to ask the president [of Russia] to leave this system here.”