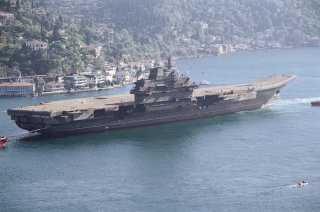 Key point: China’s People’s Liberation Army Navy takes many of its cues from the U.S. Navy as it develops its carrier aviation branch. Downsizing its carrier ambitions may leave it with more time to evaluate just what the carriers of the future will really look-like—and whether they’re worth the cost.