The P-8 Poseidon Might Be the U.S.'s First Export Bomber in Decades 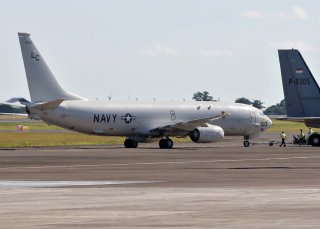 Here's What You Need To Remember: Still, if the defense establishment in the United Kingdom, South Korea, or Norway decide they need a long-range strike platform it can wield against distant land and sea targets, that capability may now only be an upgrade away, rather than requiring some fantastical bomber design that simply is not being produced anywhere in the world, and that would be too expensive to develop domestically.

Three other operators of the P-8—Norway, South Korea, and the United Kingdom—might be interested in the capabilities offered by upgraded Poseidons.  The UK fundamentally has an expeditionary military, but no longer has any long-range strike jets.  Norway has come under increasing pressure from Russian ships and land-based missile systems.  And South Korea is of course locked in into its long-lasting security competition with its northern brethren.

Sébastien Roblin writes on the technical, historical and political aspects of international security and conflict for publications including The National Interest, NBC News, Forbes.com and War is Boring.  He holds a Master’s degree from Georgetown University and served with the Peace Corps in China. You can follow his articles on Twitter. This article first appeared earlier this year.