Yes, China Is a Military Superpower 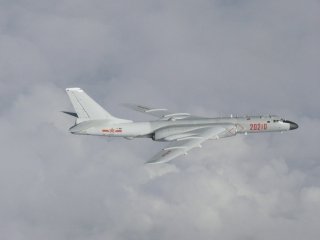 Here's What You Need to Remember: The PLA Air Force and Navy both operate the H-6 long-range strategic jet bomber, a domestic copy of the Soviet Tu-16 ‘Badger’.  Like the U.S. B-52, the H-6 can’t go anywhere near enemy fighters or air-defense missiles but can safely truck along very long-range missiles.

Sébastien Roblin holds a Master’s Degree in Conflict Resolution from Georgetown University and served as a university instructor for the Peace Corps in China. He has also worked in education, editing, and refugee resettlement in France and the United States. He currently writes on security and military history for War Is Boring. This first appeared in October 2019.