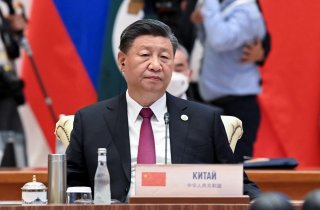 Four members of the U.S. House of Representatives traveled to Taiwan on Tuesday for a three-day trip, according to the Taiwanese Ministry of Foreign Affairs—marking the third official visit to the island in October amid rising tensions with China.

The bipartisan group included Reps. Kai Kahele (D-HI), Seth Moulton (D-MA), Michael Waltz (R-FL), and Brand Wenstrup (R-OH). All four representatives are members of the House Armed Services Committee, and Kahele and Wenstrup lead two subgroups within the committee focusing on combat readiness and defense intelligence. The foreign affairs ministry indicated that the two Democrats and the two Republicans would be part of separate delegations with independent itineraries during their time in Taiwan.

Altogether, thirty-four members of Congress have visited Taiwan since the beginning of the year, seeking to expand bilateral ties and reassure Taipei about the U.S. commitment to its security. The most high-profile visit, however, occurred when Speaker of the House Nancy Pelosi (D-CA) traveled to the island in August, making her the highest-ranking member of the U.S. government to visit since her predecessor Newt Gingrich in 1997. The Chinese government fiercely condemned Pelosi’s visit and launched a series of naval exercises surrounding the island, prompting a similar Taiwanese response and leading to debate in the United States on whether the trip had been worth the cost to the U.S.-China relationship.

Although Taiwan has been governed separately from China since 1949, the Chinese government regards it as a rebellious province and sees its reintegration with the mainland as a critical step towards its ascendancy in world affairs. Although Beijing has emphasized that it would rather reclaim the island through diplomacy, it has conspicuously refused to rule out the potential use of force.

President Joe Biden has repeatedly claimed that he would defend Taiwan in the event of a Chinese invasion. However, the White House has walked these claims back each time, instead maintaining a “deliberate ambiguity” position on the issue.