What Does Turkey’s Pan-Turkic Eurasian Pivot Hold for Pakistan? 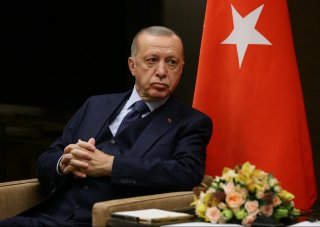 Turkish president Recep Tayyip Erdogan is vigorously pursuing a pan-Turkic Eurasian foreign policy. For instance, this shift can be seen in the recent rebranding of the Council of Turkic States into the more substantive Organization of Turkic States. Some even call Turkey’s policy in Eurasia an attempt to establish a “Turkic NATO” or revive the “Army of Turan.” Turkey’s Central Asia policy is defined through a “Turkic World” prism that emphasizes ethnic, cultural, and historical roots, as well as economic dimensions.

The last twenty years of Turkish policy have been shaped by a multitude of events, including the Russo-Georgian War, the U.S. invasion of Iraq, the Arab Spring and the never-ending tensions in Syria, and Turkey’s feud with Greece in the Eastern Mediterranean. However, given the efforts of former President Turgut Ozal and former Prime Minister Ahmet Davutoglu, Turkey’s Eurasian pivot is not a surprise. Although it was one of the first countries to recognize almost all of the post-Soviet states, Turkey lacked the political and economic clout to pursue such a policy in the initial years after the fall of the Soviet Union.

However, the events of the 2020 Nagorno-Karabakh war elevated Turkey’s position in the region in two ways. Firstly, Russia practically acceded to Turkey’s presence in its underbelly, the Southern Caucasus. Secondly, Turkey gained access to direct connectivity routes; the November 2020 ceasefire agreement mandated a corridor connecting Armenia and the Azerbaijani exclave of Nakhichevan, providing direct access to the Caspian’s riches.

Turkey now sits between Russia and China, the two heavyweights on the Eurasian plate. Ankara can benefit in Central Asia if it is able to balance between these two powers, both of which have their own political, military, and economic structures. This can explain why Turkey resists the idea of joining organizations like the Eurasian Economic Union and the Shanghai Cooperation Organization as a permanent member. Doing so may allow Ankara to avoid being controlled by great powers, granting Turkey its own identity and space. The region is overshadowed by Russia’s military power and China’s economic might, so Turkey’s presence gives the Central Asian states room to shake off their military and economic dependence on Moscow and Beijing. But what does Turkey’s Eurasian pivot hold for other secondary powers in the region, such as Pakistan?

Pakistan and Turkey in the Eurasian Century

Pakistan and Turkey hold a special historical affinity that stems from the Khilafat movement, which was led by the Muslims of the Indian subcontinent to maintain the authority of the Ottoman Caliph. The person-to-person connection between Turkey and Pakistan is one to reckon with, but how this connection will influence geopolitics should be considered as well.

While the Cold War saw Pakistan and Turkey in the U.S.-led bloc, both countries are now experiencing worsening relations with the West. However, they have strengthened their relationship amid rapid changes in the geopolitical order. While Turkey is a NATO country, it continues to pursue a partnership with Russia—exemplified through its purchase of Russian S-400 systems—and also maintains a strong relationship with China despite its outrage over the Uyghur genocide in Xinjiang.

Turkey and Pakistan have expanded their cooperation on the diplomatic, economic, and military fronts. President Erdogan himself described the two countries as “brotherly." Moreover, Pakistan and Turkey have formed a diplomatic bloc with Azerbaijan on issues like the Kashmir, Nagorno-Karabakh, and Cyprus disputes. While Erdogan’s support for the Kashmiri cause is relatively new, Pakistan and Azerbaijan have long been supportive of each other’s territorial disputes. Internationalizing the Kashmir issue has upset India, but Erdogan has won the hearts of the Pakistani public, especially since Riyadh and Abu Dhabi distanced themselves from the Kashmiri cause in return for economic benefits from New Delhi. After the U.S withdrawal from Afghanistan and the fall of Kabul to the Taliban, Pakistan’s engagement with Turkey expanded in a bid to avoid further instability in the region and exert influence over the Taliban. Pakistan’s defense cooperation with Turkey has also increased as it attempts to modernize its capabilities. Most notably, Pakistan was the third-largest export market for Turkish arms between 2016 and 2019, and both countries have signed an agreement for further collaboration in military research and development.

Perhaps the most important facet in relations between Turkey and Pakistan is the cultural link embedded in Turkey’s soft power influence in Pakistan. “Ertugrul,” a show detailing the beginning of the Ottoman era and other Muslim victories, is a hit in Pakistan, with the Pakistani prime minister even endorsing the show. Moreover, person-to-person interaction has increased over the years, largely because many Pakistanis see Turkey as a major destination for higher education and travel. However, while public sentiment is favorable to strong ties between Pakistan and Turkey, there are political and geopolitical realities that Pakistan cannot escape.

What Does Pan-Turkism Mean for Pakistan?

While Pakistan’s relations with Turkey are undoubtedly valuable, Pakistan must see Turkish foreign policy in Central Asia through a realist prism. Central Asia is already mired with multiple plagues, from weak economies to constant jihadist threats, especially those emanating from Afghanistan and Xinjiang. Turkey’s pan-Turkism is likely to create further fissures in the region.

Xinjiang, or East Turkestan, is a core aspect of this pan-Turkic movement. Despite Xinjiang having similarities to the conflict in Kashmir, Pakistan’s stance on the matter is restricted to backdoor talks due to its deep strategic partnership with China. The possible rise of Turkic minorities in Afghanistan also touches on the idea of a North Turkestan project; to rule out its possibility would be a strategic blunder. While Pakistan may be able to bring the Taliban to the negotiating table, mediating between China and Turkey is a role Pakistan lacks the ability to fill. For Pakistan, these elements pose a significant concern for the prosperity of projects like the China-Pakistan-Economic Corridor (CPEC). If Pakistan leaned more toward China, Xinjiang’s separatists could direct their rage and resentment against the CPEC. This could also attract attention from other extremist groups, including the Islamic State of Khorasan, which has supported the Uyghur Muslims and criticized the Afghan Taliban for its engagement with China. In such a scenario, Pakistan will be unable to channel its energies toward its broader geo-economic pivot.

The glorification of this Turkic union, coupled with Turkey’s authoritarian regime, is detrimental not just to Turkey and the region, but also to Pakistan. Extremist groups, especially organizations like the East Turkestan Islamic Movement, benefit from this glorification. Can a country like Pakistan handle more extremist groups that are capable of using this neo-Ottoman and pan-Turkic ideology for other means? Pakistan must soberly observe Ankara and not take Erdogan’s policies as just authoritarian gimmicks aimed at solidifying his power base at home. This erratic vision of pan-Islamism is a recipe for a “culturally hegemonic form of political Islam” with strokes of militancy. This wave may hit South and Central Asia just as hard as it hits the Eastern Mediterranean and the Middle East.

Moreover, Pakistan is currently absorbed in a shift away from the West, aligning itself with countries like Turkey. Pakistan does this without realizing that while Turkey may speak harshly of the West, it still remains a NATO country as it engages with other powers like Russia, China, and India. Pakistan is still a long way from practicing a “free” foreign policy in this mold. And though Pakistan would like to frame its ties with Turkey as “brotherly,” this pan-Turkic Eurasian pivot may create geopolitical confrontations and difficulties of its own, particularly in regard to Pakistan’s relations with China and the Gulf states. Now is the time for Pakistan to look inwards and adjust its policies for the long-term game.

Javairyah Kulthum Aatif is a Digital Media and Advocacy Specialist at the Islamabad Policy Research Institute (IPRI) and a Social Media Associate at London Politica. She can be found on Twitter @JavairyahAatif.