2022 Defense Budget: The Future of the U.S. Military Is Now Clear 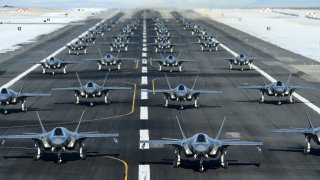