Wish List: What New Weapons Made It Into Biden’s Defense Budget? 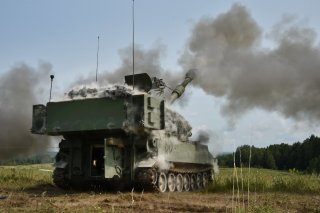